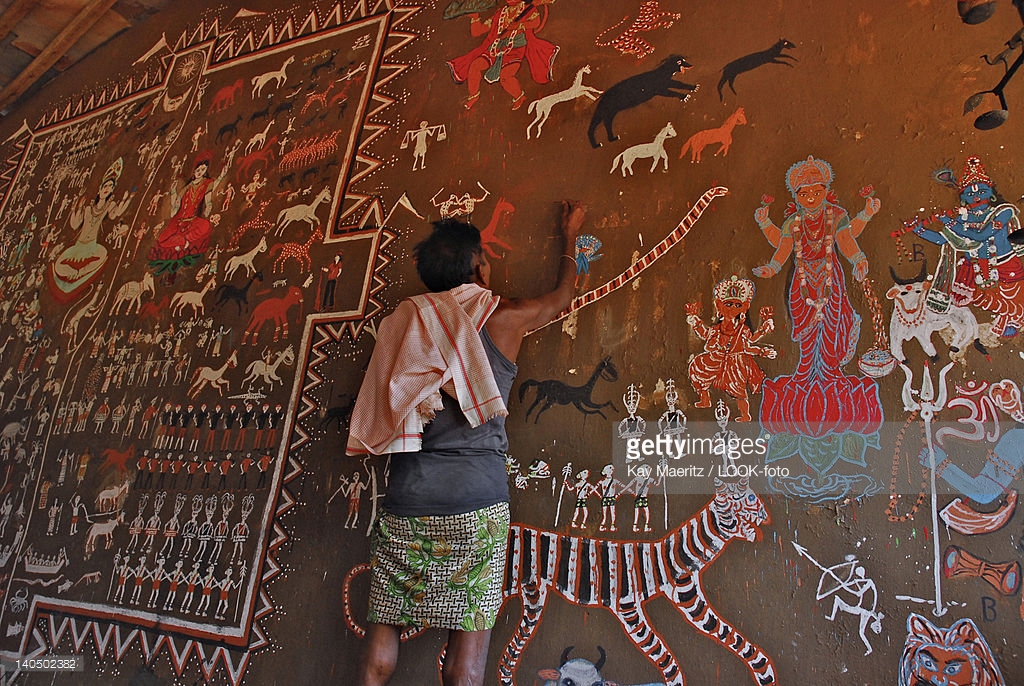 How to look at Tribal Art

As a result of their considerable charisma and the skill with which they have been crafted, it isn’t difficult to appreciate visual art works from Africa, South-East Asia and Oceania. The messages embedded in an object’s materials, its form and its style create an aesthetic whole that is characteristic of the peoples in the aforementioned regions and reveals the importance of such an art work. To gain a deeper understanding of the fascinating art produced in these regions, it is advisable to take the following considerations into account.

Innovation and experiment
Artists use a wide range of media and continually incorporate new subjects and motifs into their expressions. Some artists employ a visual vocabulary that is repetitive yet allows for innovation and creativity. Proportions
In tribal art, size often indicates conceptual importance rather than physical size. In figure carvings, the head is often rendered as one quarter of the body’s size, because in many tribal societies the head is considered to be the seat of a person’s destiny. The bigger size also provides more room for important, culturally significant details that are conveyed through facial expression, hairstyles, jewelry or scarification. In figure groups, the larger figures are usually the more important ones.

Gestures and expressions
The posture or facial expression of a sculpted figure often provides clues to its meaning and importance. Hands resting on the abdomen may denote the ability to bear children. Downcast eyes may express dignity and poise, introspection and attention to a world beyond our own, while glaring eyes and a gaping mouth may signal power, aggression or a call to action.

Materials
Ivory, gold, silver, copper alloys such as brass and bronze, coral, amber and glass beads are internationally valued trade items. Their presence suggests wealth, and they frequently appear on royal or prestige items. Materials such as iron ore and clay, that can be transformed by processes like smelting and firing, are found both in practical tools and household items and in sacred and ritual contexts that recognize these materials’ transformative properties.

Surface
An artwork’s surface may be smooth from frequent handling or rough as a result of tool marks, paint or added materials. A sticky-looking object may have been covered with offerings at a shrine, its surface suggesting ritual use. Objects that are densely covered with horns, porcupine quills, mud and other materials may represent powers from the wilderness. By contrast, a serene figure with a polished surface may represent someone who is elegant, civilized and highly educated.

Colour and pattern
Colours often convey important messages, but you shouldn’t assume that one color means the same in every culture. Patterns, which similarly vary in meaning from culture to culture, provide insight into the artists’s individual style and culturally specific aesthetics.

Form and meaning
Through their format and composition, works of art convey information about religion, politics, everyday life, gender roles, fashion and a host of other topics. Sometimes
these messages have been given a pictorial or narrative form, as in paintings, photographs and sculptures.

Spatial relations
How does an artwork relate to the surrounding space? Was it intended to stand by itself or was it part of something bigger, like a palace or shrine? Taken by themselves, carved wooden windows and doorways are beautiful, but it is possible to imagine how they once interacted with larger structures or with the people who used them. It is also worth remembering that artists have used two-dimensional compositions such as paintings to represent three-dimensional forms.