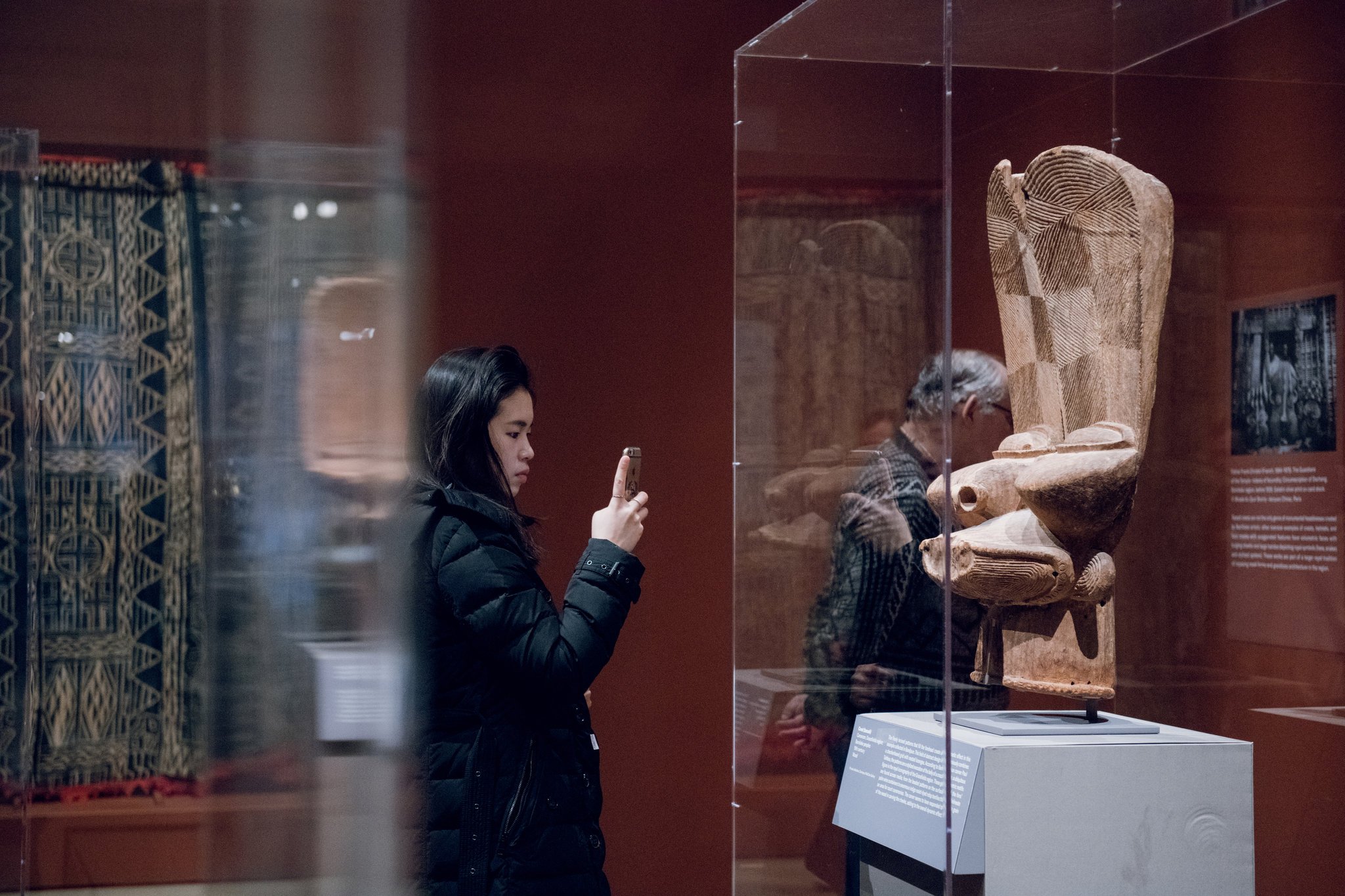 African Masterpieces With the Grace of Kings

If there was any silver lining to the recent announcement that the Metropolitan Museum of Art would begin charging a mandatory $25 admission fee to out-of-town visitors this spring, it was this: The charge includes admission to all special exhibitions too. Unlike the leading encyclopedic museums of London, Paris or Vienna, the Met will offer a single ticket for its permanent collection and its rotating displays. Bundling those together allows curators to present shows that may not always be easy crowdpleasers and whose importance cannot be assessed by foot traffic alone.

One extraordinary example opened recently in the museum’s African wing. It contains just four works, by artists whose identity cannot be established (plus one bonus item), but they pack enough stunning technique and transcendent authority for a blockbuster of their own.

In “The Face of Dynasty: Royal Crests From Western Cameroon,” you’ll find a quartet of massive wooden crowns, known as tsesah crests, that served as avatars of kingship among the dozens of small monarchies of the Bamileke people in the grasslands of northwest Cameroon, near the contemporary border with Nigeria. Each is carved from a single piece of wood and takes the form of a highly stylized face topped by a vast vertical brow. The earliest and most fragile, dating to the 18th century, entered the Met’s collection last year. Its three cousins, of finer finish and about a century more recent, have been lent from the Smithsonian in Washington, the Menil Collection in Houston, and a private collection. Put them together, examine their differences, understand their African political significance and their western aesthetic impacts, and you have a thundering show.

Only 15 tsesah crests still exist worldwide, and an American museum has never assembled so many at once. Each is a hefty three feet tall; their eyes are rendered as lightly outlined ovals, and the cheeks protrude so sharply as to form a ledge. Noses and mouths comprise simple geometric shapes, cones and spheres and half moons, while the towering brows are festooned with designs of startling intricacy. In the Met’s early example, the brow is shaped like a spackling knife and retains the burl of the wood grain, though its top edge has been splintered over time. In the three 19th-century crests, the brows are carefully incised with rolling waves, in the case of the Menil’s example; interlocking diamonds in the Smithsonian’s; and a modified checkerboard pattern in the privately owned specimen.

In the Bamileke societies where these masterpieces emerged, the tsesahcrest was the primary marker of a king’s power and authority — and aesthetic similarities in far-flung examples suggest that rulers went out of their way to find the best artists. Courtiers would wear or hold these crests at enthronements, legal proceedings, funerals. (A 27-foot-long resist-dyed cloth, whose deep blue background is overlaid with interlocking crosses and chevrons, is this show’s final object; it would have marked out a seating area for royals.) Scholars believe that a tsesah crest would be passed to a successor, but knowledge remains patchy: all the world’s surviving examples were collected late in African colonial history, and were no longer in ritual use.

Your first impulse, encountering them at the Met, in stately glass boxes under precise pin lights, will be to think in aesthetic, not ethnographic, terms. The eyes, cheeks and broad semicircular smiles cohere into commanding, larger-than-life abstract faces. African artists’ rendering of complex features into smooth, stylized profiles would later prove decisive for the development of western modernism — notably Picasso’s proto-Cubist art of 1906-09; the hot-colored expressionism of Kirchner and other painters of Die Brücke; and the masquerades of Hugo Ball, Tristan Tzara and other figures of Dada.

Bamileke crests like these, in fact, have a direct modernist pedigree: The Museum of Modern Art showed one example from the Cameroon grasslands as a high-water mark of African creativity in its 1935 show “African Negro Art.” (By chance I saw that particular crest a few months ago, on a visit to the Museum Rietberg in Zurich. It stopped me in my tracks.) New York audiences encountered the crest in a stark gallery, without historical context, in the same way as Cubist or Futurist sculptures.

In the MoMA catalog, the curator James Johnson Sweeney mounted a formalist defense of the crest and works like it — one that still haunts our understanding of African ritual objects when we encounter them in art museums. “In the end,” Sweeney wrote, “it is not the tribal characteristics of Negro art nor its strangeness that are interesting. It is its plastic qualities. Picturesque or exotic features as well as historical and ethnographic considerations have a tendency to blind as to its true worth …. It is as sculpture we should approach it.”

Yet these are more than artistic accomplishments in the formalist sense that Sweeney and other western modernists imagined. They also have legal, political, and diplomatic worth, and it’s critical to think about them as such, lest we repeat the mistakes of earlier primitivists. Thankfully the Met’s curators, Yaëlle Biro and Alisa LaGamma, insist on multifaceted context. Copious wall texts, testimony from a Cameroonian artist whose ancestors carved them, and anthropological photographs all hint at how these crests might have embodied law and order. A true reckoning with the glory of these crests can only take place against the backdrop of their global histories, from Africa to Europe and America, from the royal court to the white cube.

What might it mean for a visitor to the Met, perhaps young, perhaps unaware of the depths of African influence on global modernism, to discover these crests for the first time? How can we ensure that they learn about African artists not just as influences on the all-stars of European painting, but as politically engaged creators whose understanding of art may actually be closer to our own? Universal museums like the Met, for all their geopolitical baggage, have an essential role to play in the fostering of a cosmopolitan citizenry. I hope the Met never abdicates that goal, and that its ticket-takers do not prevent a new generation from seeing these masterpieces.

The Face of Dynasty: Royal Crests From Western Cameroon
Through Sept. 3 at the Metropolitan Museum of Art; 212-535-7710, metmuseum.org.