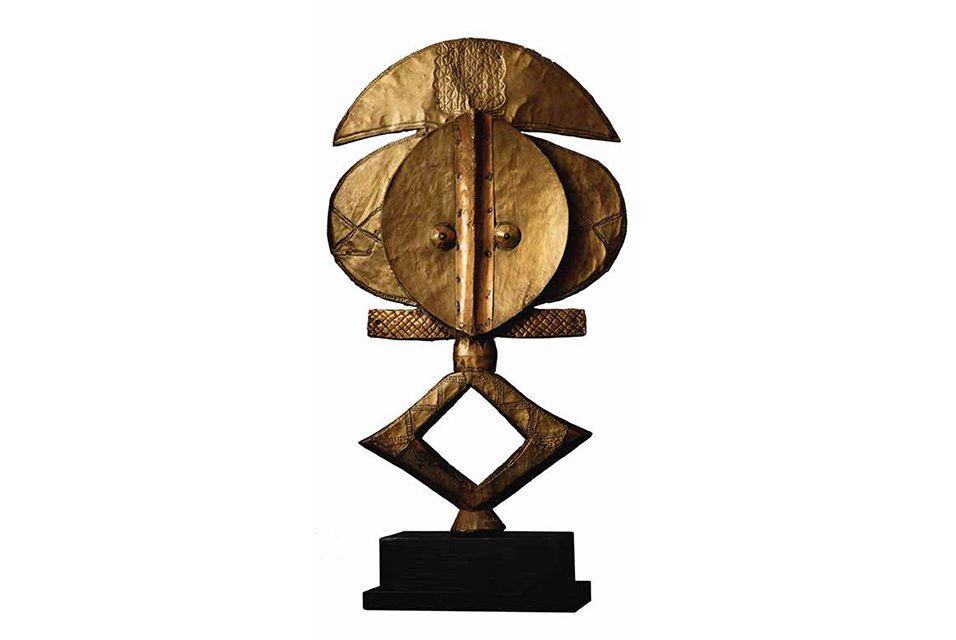 PARIS.- Precious Kota and Fang reliquaries, exceptional Baoulé, Bamana and Senufo pieces… Although the meteoric rise of Helena Rubinstein, the leading business woman of the 20th century, whom Cocteau called “The Empress of Beauty”, is familiar to all, her career as an intuitive collector and her pioneering role in the recognition of the arts of Africa and Oceania is probably less well known. Through sixty-five works from her collection, the musée du quai Branly – Jacques Chirac pays tribute to her, and reveals Madame’s fascination for non-European arts.

Madame’s collection, built up mainly in Paris over the course of her encounters, and continually enriched thanks to her keen eye, comprises over 400 pieces of non-European art. In her apartments in Paris, New-York and London, this extraordinary collection sat alongside works by Modernist painters and sculptors such as Chagall, Braque, Brancusi, Modigliani, Picasso and Miró.

Her collection achieved mythical status through her participation in major exhibitions, such as African Negro Art at the Museum of Modern Art in 1935, and was dispersed in 1966 in New York in a series of remarkable sales, which marked a key stage in the recognition of African arts. Today her name still associated with the period of the first enthusiasts of “distant” arts, few of whom were women.

Helena Rubinstein was a pioneer. At that time, the market for non-European arts was just beginning to develop. By assiduously frequenting intellectual circles, art galleries and auctions, she had access to a wide range of diverse objects. Introduced to this field by the sculptor Jacob Epstein, Madame collected the most unexpected pieces, particularly from Nigeria, Cameroon, the Popular Republic and the Democratic Republic of Congo. She liked the expressiveness and the power of these sculptures, which matched her avant-garde tastes. Her focus on the figurative aspects of utilitarian objects (heddle pulleys, doors, seats, musical instruments), and on the sculptural treatment of the face by African artists fits with a constant personal search for beauty and its many possible definitions.

A major research programme preceded this exhibition. Hélène Joubert, head of the museum’s African Heritage Collections and exhibition curator, conducted research over two years in national and international institutions as well as in major private collections and archives. A large iconography has been put together to illustrate the history of this collection. Guided by sales catalogues from 1966, various publications and references, and by a collection of testimonies and an analysis of photographs of Helena Rubinstein’s apartments, the curator highlights the construction of a collection, its history and its distinctive characteristics. Madame’s unusual sensibility is also revealed here, an aspect that has been little explored until now.

Helena Rubinstein’s collection shows that her artistic choices were bold in the eyes of her contemporaries. Her visionary approach and her curiosity drew her towards rare and powerful works that have come of age over time. A selection of sixty-five objects from Africa and Oceania, from Insulindia and the Americas to a lesser extent, evokes the choices of this major figure among the collectors in the first half of the 20th century.