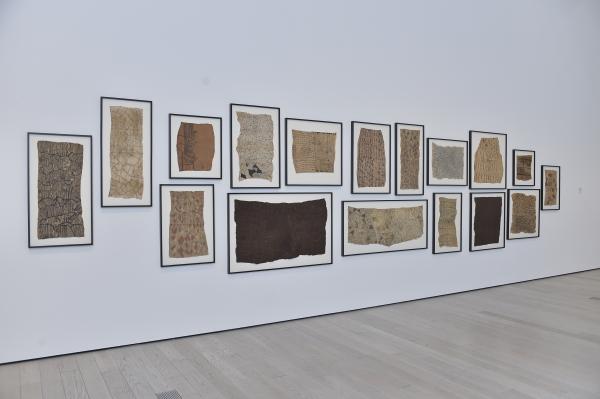 “Collectors Committee’s legacy is built on strengthening and diversifying the museum’s permanent collection,” said LACMA CEO and Wallis Annenberg Director Michael Govan. “It was especially significant that the majority of the proposed artworks this year were by female artists, all now part of LACMA’s permanent collection. Two of the acquisitions will strengthen LACMA’s growing collection of art from Africa. With these new acquisitions, we are able to share more perspectives, adding to a fuller and more robust view of art history.”

1. (Nigeria, Niger Delta, Ijo culture, 19th century), a monumental sculptural figure with seven heads and 14 eyes, emblematic of its role in protecting a community and promoting well-being. This commanding guardian figure is the most imposing and expressive of all known examples, and among the most remarkable works of sub-Saharan Africa. It was the centerpiece of Tradition as Innovation in African Art at LACMA in 2008. With its alert, superhuman vigilance, the forest spirit figure will have prominence in LACMA’s permanent collection galleries, underscoring the multiplicity of visions that LACMA embodies and imparts.

Gift of the Silver Family and the 2018 Collectors Committee.

2. (Democratic Republic of the Congo, Mbuti culture, 20th century) are 29 barkcloth paintings created by nomadic groups of people known as the Mbuti, who reside in the Ituri rainforest. Mbuti men harvest bark from trees and pound them into pliable sheets that serve as painting surfaces for Mbuti women, whose art, with its aesthetics of asymmetry and visual dissonance, mimics the imagery of the rainforest and aligns with the syncopated polyphonic rhythms of Mbuti music.

Gift of the 2018 Collectors Committee.